Sony announced the 18-105mm ƒ/4 M PZ OSS lens in August of 2013, an E-mount lens featuring a power zoom function. The design of the lens is wholly electronic; unlike conventional lenses which couple the zoom and focus control to gears, turning a ring adjusts the setting electronically.

With its power zoom function and constant ƒ/4 discontinuity, the lens is clearly aimed at the video market. The lens is designed to fit the APS-C sized sensor of its digital cameras and provides an constructive field of view of 27-158mm in 35mm film terms.

The lens takes 72mm filters, ships with the ALC-SH128 petal-shaped lens hood, and is available now for around US$600.

The 18-105mm ƒ/4 G PZ OSS provides good results for sharpness, but non neat – Sony has probably made a few concessions in the pattern to allow for the power zoom functionality. With the lens used wide open up at ƒ/four, we note soft corners exterior of some decent fundamental sharpness, regardless of the focal length (and in our copy, in that location’due south some de-centering with the lens used at the 50mm setting).

Stopping down does help accomplish better results for sharpness across all focal lengths. Optimal sharpness was achieved at 50mm and ƒ/8, where we noted about but non quite tack-precipitous results beyond the frame. Diffraction limiting sets in at ƒ/11, but you’d exist hard-pressed to notice it until ƒ/sixteen or ƒ/22, where we note generalized softness across the frame.

Nosotros note a fairly high level of chromatic aberration when the lens is used at either the 18mm or 105mm focal length – more so at 105mm then 18mm. In these cases CA manifests every bit magenta fringing in areas of high contrast. Generally, its slightly better at wider apertures than at minor (the worst results are noted at ƒ/22 and 105mm).

When the 18-105mm ƒ/4 One thousand is used at 18mm and ƒ/4, we note some significant corner shading – the extreme corners are slightly more than than 3/4 of a stop darker than the center of the frame. It’s less pregnant at any other focal length and aperture – after about ƒ/8 it becomes marginal – simply it never completely goes abroad.

Baloney has been a controversial topic with this lens. Sony’s digital cameras do a lot of heavy lifting in correcting deficiencies created by its lenses, and it’due south definitely happening with this lens. In fact it’s some of the strongest distortion we’ve ever seen on a lens, and the most interesting – barrel distortion through the majority of the image, withal pincushion distortion on the edges. Uncorrected, information technology’due south strong at the broad angle, and off the charts at telephoto. All the same, with Sony’south newer cameras, you won’t ever see these deficiencies, every bit the software in the camera corrects for it.

Unfortunately, some of the target users for this lens are those using Sony’s higher-stop video cameras, the FS100 and FS700. These cameras have non been updated to piece of work with the 18-105mm ƒ/4, and bear witness very noticeable pincushion distortion when used at anything only wide bending. In this case a picture is worth a thousand words, so here is a before and after photo of the distortion correction used in this lens: 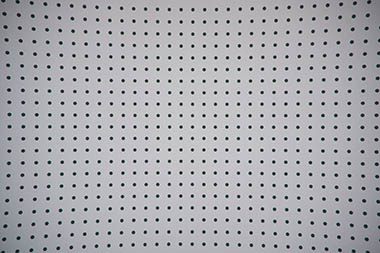 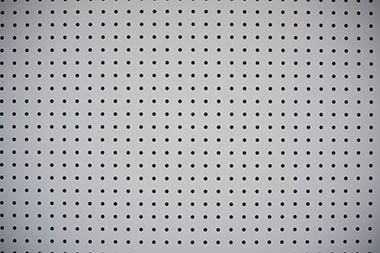 The Sony 18-105mm ƒ/four M PZ OSS is adequately quick to autofocus – the lens takes just nether a second to slew through the unabridged range of focus. Small-scale changes in focus are conducted extremely quickly. The ring volition plough all the way effectually with no stops. When using transmission focus as you turn the ring the key section of the LCD displays an enlarged (7X or 14X) view of the image. It makes the camera very easy to use for transmission focusing with this lens.

With a magnification ratio of just 0.11x, this lens isn’t designed for macro work. The minimum shut-focusing distance changes every bit the lens is zoomed out; at 105mm, it’s 95cm (just over 3 anxiety), and at 18mm it’due south 45cm (around a foot and a half).

The structure of the lens uses Sony’s standard satin blackness finish, combined with a metallic lens mount and a plastic filter ring. Seven rounded diaphragm elements make up the discontinuity, producing nice out-of-focus backgrounds. There but control surface on the lens other than the focus and zoom rings is the power zoom switch, every bit all lens functions are controlled via the camera. As well, at that place is no distance scale, depth-of-field calibration or infrared alphabetize marking.

The focusing ring is plastic with big ribs, about 1/2” wide. The band will rotate forever in either management with no hard or soft stops, and doing and so brings the camera into manual focusing style, with the 7X or 14X enlargement equally previously described. The ring is nicely cammed and takes just a chip of pressure to adapt focus. There is no rotation of the front end chemical element during focus, and then fastened filters will stay in place.

The zoom ring is nearly one inch wide, rubber with large raised ribs. The ring is smooth to turn, taking a single finger to make adjustments. The zoom on the lens is controlled electronically, so the band will plough forever in either direction. The power zoom is a variable lever; pressing it slightly will give you a slight zoom motion, while pressing it all the way volition make it zoom as fast every bit possible. The lens does not extend while zooming, and zoom creep is non a factor with this lens.

The lens ships with the ALC-SH128 lens hood. The petal-shaped hood is around two inches long and has a smooth black finish on the within.

Sony E 18-200mm ƒ/3.5-6.three OSS PZ ~$1,200
We haven’t even so tested this lens, merely if yous’re unconcerned about the variable discontinuity and want a bit more reach, this would be the lens for you, equally it also features both Optical Steadyshot and Ability Zoom technologies.

Sony E xvi-50mm ƒ/3.v-five.6 PZ OSS ~$350
A relatively tiny lens, the xvi-50mm doesn’t offer quite the same reach, but does offer the Ability Zoom and Steadyshot functions as the xviii-105mm. The 16-50mm is near equally sharp if not slightly sharper than the 18-105mm, also as having better tolerance to chromatic aberration; corner shading is a bit worse, and distortion is the same mixed bag of tricks.

Adding power zoom to a lens seems similar a practiced idea, particularly to capture the interest of video-centric camera users; the trouble here is that serious professionals currently using the FS100 and FS700 cameras don’t have the do good of in-camera distortion correction (hopefully this will be addressed in a firmware update). For other users, the lens is a welcome add-on to Sony’southward growing lineup of PZ lenses, offer a constant ƒ/4 aperture.

The VFA target should give you a good idea of sharpness in the center and corners, every bit well as some idea of the extent of barrel or pincushion distortion and chromatic aberration, while the Still Life subject may assist in judging contrast and color. Nosotros shoot both images using the default JPEG settings and manual white balance of our test bodies, and so the images should be quite consistent from lens to lens.

As appropriate, we shoot these with both full-frame and sub-frame bodies, at a range of focal lengths, and at both maximum aperture and ƒ/eight. For the ”VFA” target (the viewfinder accurateness target from Imaging Resource), nosotros likewise provide sample crops from the center and upper-left corner of each shot, so you can speedily get a sense of relative sharpness, without having to download and inspect the total-res images. To avoid space limitations with the layout of our review pages, indexes to the test shots launch in separate windows.